William Rickarby Miller was born in Standrop, County Durham, England.  He immigrated to the United States in 1844, first settling in Buffalo, New York, then moving to New York City in 1847 where he had a prosperious career as a painter and a commercial artist.  Upon his arrival to New York, he began to sell paintings to the American Art-Union on a regular basis until the Art-Union ceased operations in 1852.   With the closing of the Art-Union in 1852, Miller turned to commercial art to supplement his income form this time on. In 1853, G.P. Putnam & Co. hired him to do the illustrations for the book Homes of  American Authors.  Engravings based on his designs were published in both Gleason's Pictorial Drawing-Room Companion and Frank Leslie's Illustrated News.  At this time he also began exhibiting at the National Academy of Design in New York.  Miller continued to sell designs to magazines through the latter part of the 1860's while continuing to show his paintings at the National Academy through the mid 1870s. 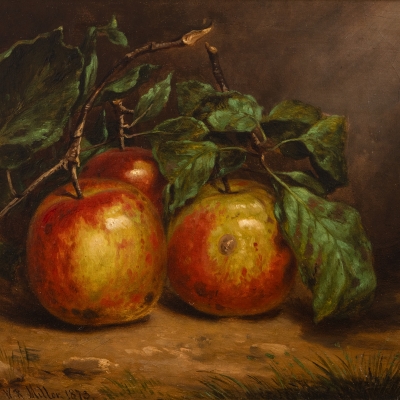