William Henry Cotton was born in Newport, Rhode Island, in 1885. He studied at the Cowles Art School in Boston and then in 1900 at the Académie Julian in Paris under Jean-Pierre Laurens.  Cotton worked as a portraitist for private clients and as an illustrator for various national magazines in New York City. 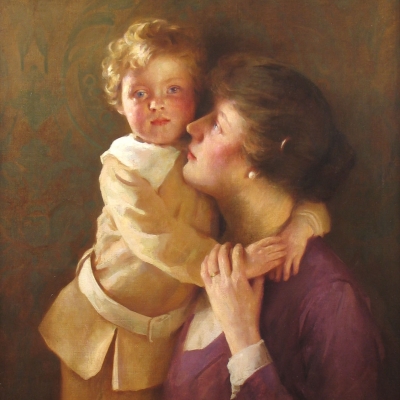