Born in Albany, New York, Walter Launt Palmer was the son of the neoclassical sculptor Erastus Dow Palmer. Because of his father’s friendship with Frederic Edwin Church, Palmer became one of the few students of the great landscape painter. In 1874 he studied with Carolus-Duran in Paris, and returned to his atelier in 1876. Palmer’s 1878 submission to the National Academy of Design, an interior scene in the house of the artist and decorator Lockwood de Forest, met with critical success, and for several years he continued to paint sumptuous interiors bathed in natural light, including the room he shared with Church in the famed Tenth Street Studio Building in New York. Following an 1881 trip to Europe, Palmer added Venetian seascapes to his repertoire of interior and landscape subjects.

Palmer began to investigate the effects of light on snow in the mid-1880s, and after his January won the prestigious Hallgarten prize at the National Academy in 1887, he settled on the winter landscape as the primary subject of his art. Long praised for his use of color, Palmer had finally found the subject matter in which this talent could be fully appreciated, and he enjoyed a successful career as a painter in oil, watercolor, gouache, and pastel through the 1920s. 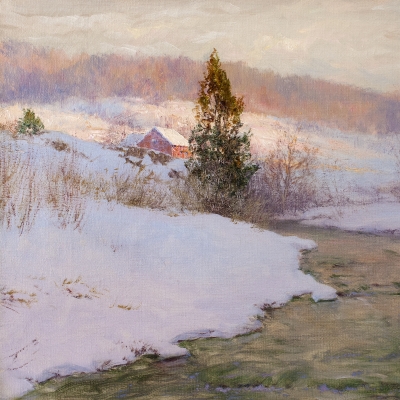 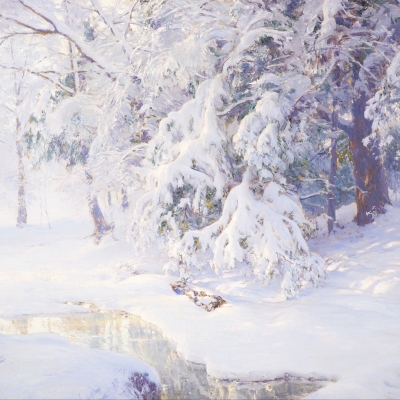 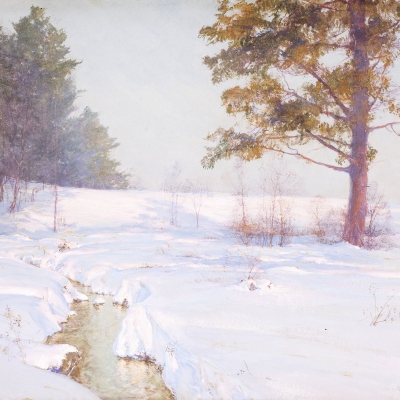 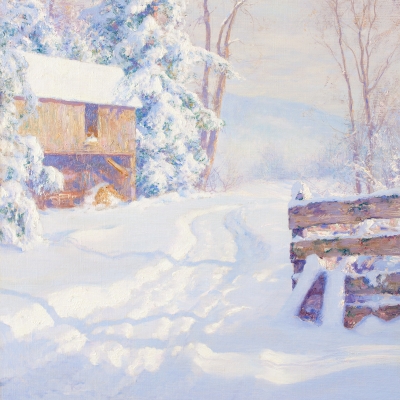