Born in Denmark, Emil Carlsen immigrated to the United States in 1872. After stints in Chicago, Boston, Paris, and San Francisco, he settled in New York in 1891. Carlsen initially painted still lifes of game, developed floral subjects while in Paris in the mid-1880s, and experimented with a variety of subjects and styles in the 1890s, before turning to contemplative images of old pots and jugs after 1900. In the second half of his long and varied career, he also painted landscapes and seascapes, though he remained primarily identified with still life and was considered the preeminent American still-life painter of his time. 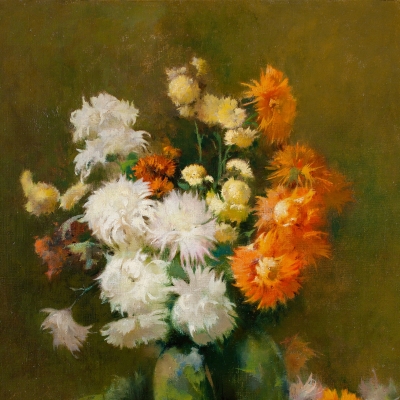