A founder of the Fall River (Massachusetts) Evening Drawing School, Robert Spear Dunning displayed a precocious talent in drawing and painting at an early age.  He was born in Brunswick, Maine, in 1829 and moved to the wealthy mill town of Fall River five years later.  Before he began his formal studies in the arts he worked in a local cotton mill and then spent three years at sea.  Upon his return, he studied with James Roberts in Maine before moving to New York in 1849, where he focused on figure and portrait painting under Daniel Huntington at the National Academy of Design.  In 1853 he returned to Fall River, where he spent the rest of his life.

Early in his career Dunning painted portraits, marines, landscapes, and still lifes. By 1865 he turned his focus to still-life painting, especially favoring arrangements of fruit and flowers.  In 1870, Dunning and his friend John E. Grouard founded the Fall River Evening Drawing School, which was a remarkable feat in a town that sufferend from a lack of formal cultural life.  Among those who studied or taught there were Bryant Chapin, Franklin H. Miller, Albert F. Monroe, Abbie Luella Zuill, and Herbert Fish.  Because of Dunning’s efforts, Fall River became strongly associated with still-life painting during the nineteenth century.  More then any other subject, still lifes afforded the artist thorough control of his or her work.  Undeterred by the necessity of portraying likeness of face or locale, the painter could select, arrange, and hone his technique to suit himself.

The style and characteristics of Dunning’s work were isolated from the trends of trompe l’oeil and the use of looser brushwork. William Gerdts and Russell Burke described a typical painting by Dunning: "The fruit is lusciously rendered, with a convincing suggestion of textures…and the tabletop support is always highly polished to reflect the multitude of objects upon it. The edge of the tabletop is almost parallel to the picture plane and is almost always elaborately carved."[1] 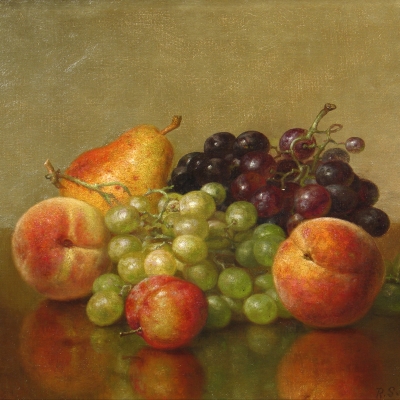 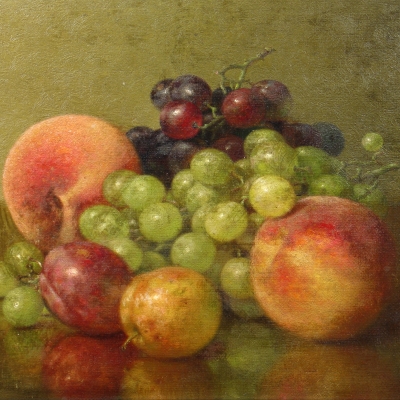