Born in Whitehaven, England, a small town along the shore of the Irish Sea, Robert Salmon devoted his life to painting the sea in all of its moods. The sources of Salmon’s style lie in the great tradition of seventeenth- and eighteenth-century Dutch marine painting, and in the crisp topographical style of the Italian artist Canaletto, who had visited England in 1746, and whose work had a profound influence on a whole generation of British landscape and marine artists. Salmon synthesized these influences with his own love for nautical detail, and became a superb draftsman, specializing in marine subjects. He was unsurpassed in his abilities to accurately depict the many linear intricacies found aboard a fully equipped sailing ship.

After spending much of his early career in England, Salmon boarded a ship out of Liverpool in June of 1828, bound for America. He lived in Boston for the next fourteen years. Despite his short stay in this country, Salmon’s paintings have found their way into numerous collections, including those of the National Museum of American Art and National Gallery of Art, Washington, D.C.; Metropolitan Museum of Art, New York; Museum of Fine Arts, Boston; and the Society for the Preservation of New England Antiquities, Boston.

In addition to a body of some four hundred known works, Salmon’s legacy was passed to a number of artists who learned to paint in a similar manner. The most important of that group was Fitz Hugh Lane who, upon the departure of Salmon, assumed the mantle of leading American marine artist. Other artists who were also influenced by Salmon include Albert Van Beest, William Bradford, Mary Blood Mellen, George Curtis, and Clement Drew. 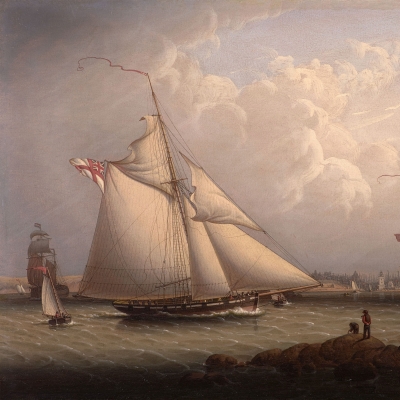 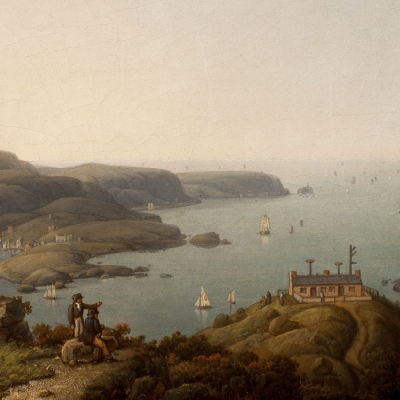