Born in 1884 in San Marcos, Texas, Ralph McLellan studied art and exhibited works at San Antonio fairs under the tutelage of a Miss Maggie Buchanan. He moved to Boston in 1916, and enrolled at the Museum of Fine Arts School, where he studied under Frank Benson, Philip Leslie Hale, and Edmund Tarbell. After seven years in Boston, he moved to New York where he continued his studies with F. Louis Mora and Thomas Fogarty at the Art Students League. McLellan taught at the Boston Museum of Fine Arts School and at the University of Chicago. He exhibited his work at the National Academy of Design, the Art Institute of Chicago, and the Pennsylvania Academy of the Fine Arts. 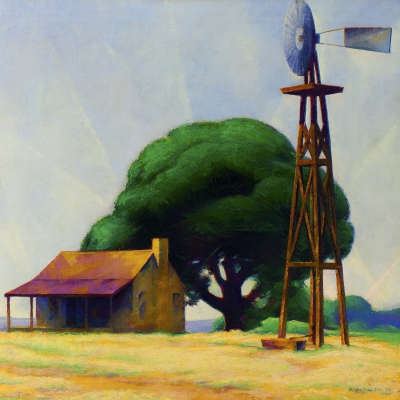