Peter Baumgras was an accomplished nineteenth-century still-life painter whose works are prized for their quality and rarity. The son of the royal jeweler of the Bavarian court, Baumgras studied from 1844 to 1847 at the Düsseldorf Academy. From 1847 to 1852 he continued at the Royal Academy of Munich with Wilhelm von Kaulbach and Karl Schorn, and around 1852 King Louis I of Bavaria granted him a scholarship. In 1853 he came to the United States, staying in Syracuse, New York, before moving to Washington, D. C., in 1857 to assist in decorating the Capitol. He served as a surgical draughtsman during the Civil War and painted a portrait in 1865 of Abraham Lincoln (McLellan-Lincoln Collection, Brown University), who often visited his studio.

After the war, Baumgras taught at the Columbia Institute for the Instruction of the Deaf, Dumb, and Blind (now Gallaudet University) and spent several years in California and Oregon, where he painted mining scenes and Yosemite landscapes. He also made botanical drawings for Louis Agassiz, one of the most important American naturalists of the nineteenth century. In 1877 he began teaching at the University of Illinois in Urbana-Champaign, and he settled in Chicago in 1879. In addition to painting portraits and landscapes, Baumgras created the still lifes for which he is best known.

Baumgras exhibited at the Washington Art Association in 1859 and 1860, National Academy of Design and Buffalo Fine Arts Academy in 1868, San Francisco Art Association from 1872 to 1877, Champaign Art Club in 1884, Chicago Society of Artists from 1889 to 1893, Art Institute of Chicago from 1897 to 1900, and the Boston Art Club in 1898. He was a founding member of the Washington Art Club and Chicago Society of Artists, and was also a member of the Society of Washington Artists, California Art Club, and the Cosmopolitan Club. His work can be found in the New-York Historical Society, New Haven County Historical Society, Connecticut; McLellan-Lincoln Collection, Brown University, Providence, Rhode Island; the Lincoln Museum at Ford’s Theatre, George Washington University, and Gallaudet University, Washington, D. C. 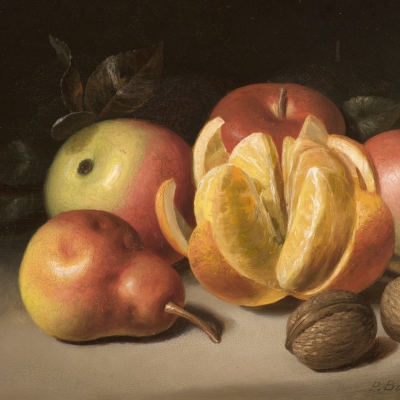 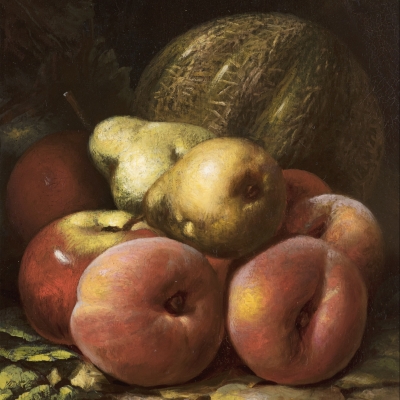