Max Weyl was born in Mülen-am-Neckar, Germany, and moved to the United States in 1853. He began his career as an itinerant watch repairman. In 1861 he opened his own jewelry shop in Washington,  D. C. Shortly thereafter he began painting, and by 1878 he was listed as a painter in the Washington city directory. He traveled to Europe in 1879, when he encountered and adopted a style related to the Barbizon school of landscape painting, for which he became known as the “American Daubigny,” after the Barbizon painter Charles-François Daubigny. The style of George Inness, the American painter who was also influenced by the Barbizon school, also informed Weyl’s work. In his day Weyl was considered a leading figure in the Washington art world.

Weyl exhibited at the National Academy of Design from 1883 to 1896, and won several prizes exhibiting at the Society of Washington Artists. His work can be found in the collection of the Brooklyn Museum, New York; and the Smithsonian American Art Museum, Washington, D. C. 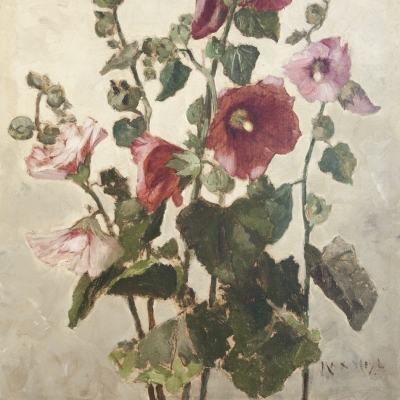