Levi Wells Prentice grew up in Lewis County, New York, and moved to Syracuse in 1870. A self-taught artist, Prentice began by painting the Adirondack Mountains near which he had been raised. His earliest efforts indicate the crisply delineated and vibrantly colored style that he would develop over the course of his career—a style that art historians refer to as “hard-edged realism.”[1] After spending four years in Buffalo, New York, Prentice moved to Brooklyn, New York, in 1883. In the late nineteenth century, Brooklyn was home to a thriving community of still-life painters, and soon after his move, Prentice began to work in this genre in addition to landscape painting. Prentice’s meticulously detailed style was ideally suited to still-life painting, and some of his best works are images of fruit in baskets, on tabletops, and in natural settings. 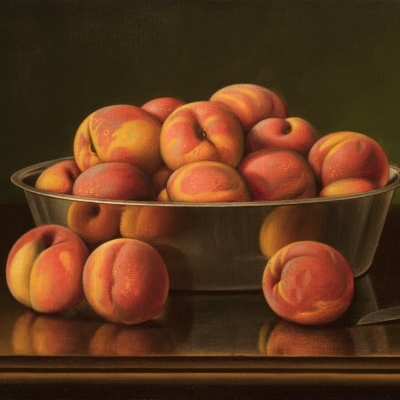 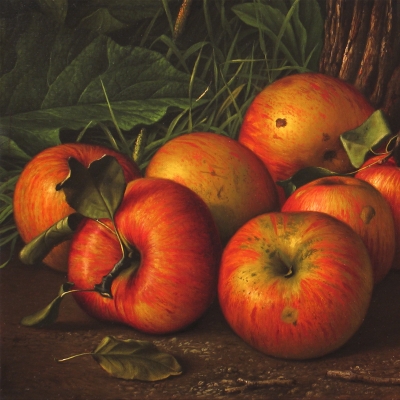 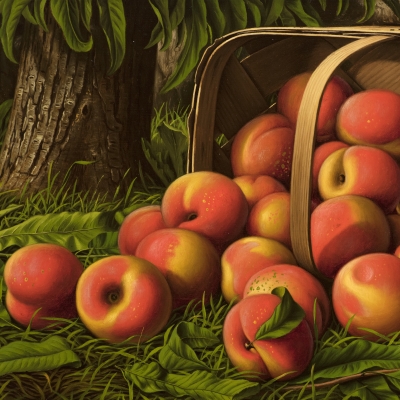 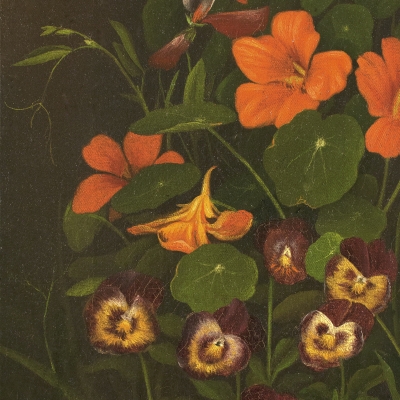 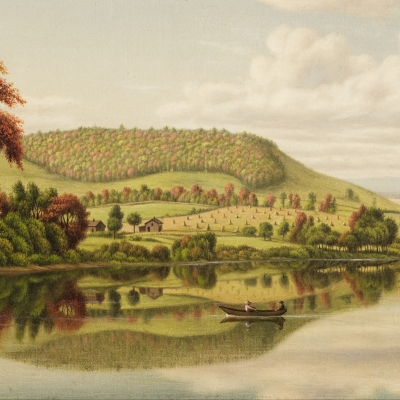 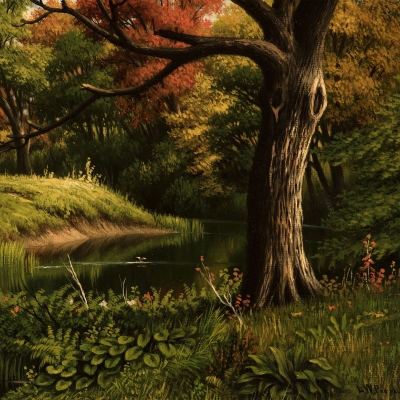