James Edward Buttersworth was the son of the English marine painter Thomas Buttersworth. He was born in 1817 on the Isle of Wight in England and immigrated to the United States around 1847. He worked for the lithographer Nathaniel Currier, and later for Currier & Ives, which disseminated Buttersworth’s work to a wide audience. During the 1850s Buttersworth made his name as a painter of clipper ships, then the fastest vessels on the sea. As steamships gradually began to replace clippers in the 1860s and 1870s, Buttersworth turned increasingly to yachting as his primary subject, which was emerging as a popular Gilded Age pastime. He recorded many America’s Cup races as well as individual yachts and harbor scenes.

Buttersworth is considered one of the foremost American marine painters of the nineteenth century.  His work transcends the typical static ship portraits or pier head paintings, for he breathed life into the vessels he painted and placed them in naturalistic, ever-changing seas and weather conditions.  Although trained in his native England, Buttersworth’s reputation was made in America, and today his work is appreciated alongside that of other great American marine painters such as Robert Salmon, Fitz Henry Lane, and William Bradford.

Buttersworth’s works can be found in the collections of the Museum of the City of New York, Mystic Seaport Museum, Connecticut; Peabody Essex Museum, Salem, Massachusetts; and the Mariners’ Museum, Newport News, Virginia. 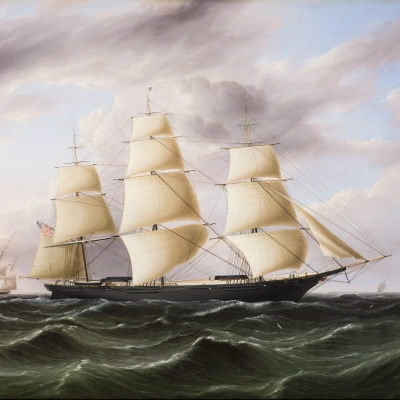 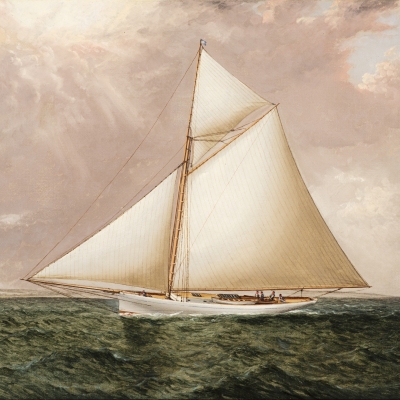