Despite the relatively large number of known works by him, little has come to light about the artistic career of George Forster. Born in Bavaria, he immigrated to America about 1865.  He settled in Manhattan with his wife and children, and is listed as an artist in city directories until 1873, when he moved permanently to Brooklyn.

Forster exhibited his work at the Pennsylvania Academy of the Fine Arts, the Boston Athenaeum, at Newhall and Company in San Francisco, and the Brooklyn Art Association. He is known primarily as a still-life artist, although some genre scenes by him have been located. He specialized in finely detailed paintings of fruit (sometimes mixed with flowers), and as noted by William Gerdts, his “penchant seems to have been for painting dew drops with a lot of highlights.”[1]  In addition, Gerdts also credits Forster with the introduction of gooseberries into still lifes, a fruit that remained popular with artists until the end of the century. 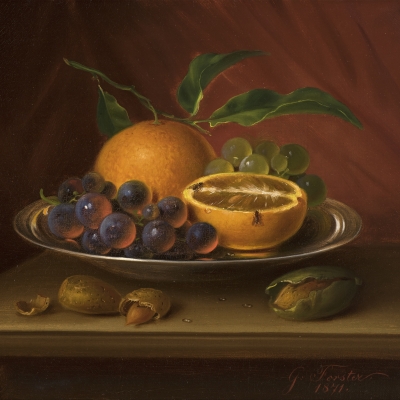 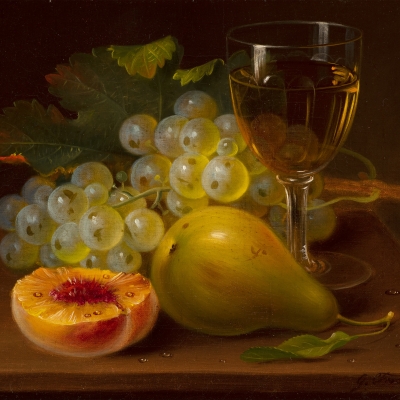