George Ault was the son of a wealthy Cleveland family that moved in artistic circles. After his family moved to London in 1899, the young Ault became interested in art and studied at the University College School, the Slade School at the University of London, and St. John’s Wood School of Art. He returned to the United States in 1911 at the age of twenty and began his career in New York, working in the modified Impressionist style he had been taught in England.

Although Ault had painted city scenes for many years, it was his first nocturnal urban landscapes, executed beginning in 1920, that captured his imagination and developed his interest in modernism. He was soon working in the Precisionist style then emerging in the work of artists such as Charles Sheeler, who abstracted the new forms of the modern metropolis using flat, sharply delineated compositions broken into fields of pure color.

Unlike many of the Precisionists, Ault’s work often had a dark, moody character and included elements akin to Surrealism. These qualities seem to reflect the personal problems that hindered Ault’s career and his subsequent reputation, but they also led art critic Hilton Kramer to single him out as the most interesting Precisionist artist during the first art-historical exhibition devoted to the movement in 1960. Ault has since been the subject of two monographic exhibitions at the Whitney Museum of American Art and a 2011 exhibition at the Smithsonian American Art Museum. 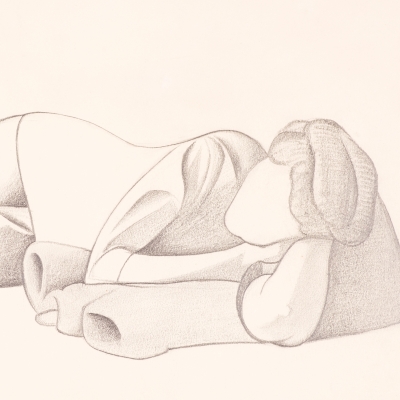