Born in Rock Port, Missouri, Frederick Mulhaupt studied at the Kansas City School of Design, the Art Institute of Chicago, and in Paris. After teaching in Chicago for a number of years, he moved to New York by 1904 and made his first visit to the artists’ colony at Gloucester, Massachusetts, in 1907. Gloucester became Mulhaupt’s favorite summer destination, and he settled there in 1922. He is best known for his impressionistic harbor scenes and landscapes of the area, for which he became known as the “dean of the Cape Ann School,” and he occasionally painted nudes and genre scenes as well. 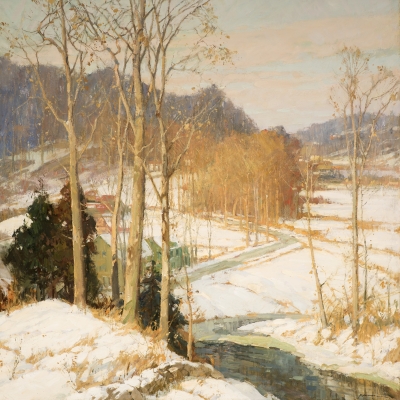