Elizabeth Nourse was born in 1859 in Mount Healthy, Ohio, into a large family of ten children.  At age fifteen, she attended the McMicken School of Design in Cincinnati, where she studied for seven years and was one of the first women admitted to the life class taught by Thomas Satterwhite Noble.  When both of her parents died in 1882, Nourse continued her studies for a brief period at the Art Students League in New York, prior to returning to Cincinnati in 1883.  She made a living decorating interiors and painting portraits. She spent her summers in the Appalachian Mountains creating watercolor landscapes.

In 1887, Nourse moved to Paris, where she studied at the Académie Julian under Gustave Boulanger and Jules Lefebvre. She finished her studies quickly, having acquired many skills during her tenure in Cincinnati. In 1888, her first major exhibition took place at the Société Nationale des Artistes Français. Nourse achieved international recognition despite facing obstacles as a female artist in a male-dominated world.  She was able to prove her seriousness and her work was recognized by the all-male juries of the Salons and international exhibitions. Nourse supported herself and her sister from 1883 until her death in 1938 solely through her living as a professional artist.

Nourse was one of the first American women to be elected as a member of Société Nationale des Beaux-Arts.  She also won many awards in the international expositions of Chicago, Paris, Saint Louis, and San Francisco.  Nourse participated in many juried exhibitions at the Pennsylvania Academy of the Fine Arts, the Art Institute of Chicago, and the Cincinnati Art Museum. 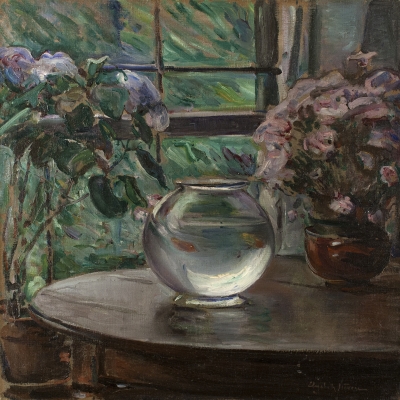