Today, Thomas Moran is the best known of a large family of artists, including his brothers John, a landscape photographer, and Peter, an animal painter. Yet their older brother Edward was the first to leave the family’s traditional occupation of weaving, and it was he who first taught Thomas and Peter the rudiments of painting and shared his studio with them. Working in Philadelphia in the 1850s, Edward Moran studied with Paul Weber, a popular teacher of Düsseldorf-school landscape painting whose students included William Trost Richards and William S. Haseltine, but the marine painter James Hamilton had a greater influence on Moran’s work.

On an 1861 trip to England, Thomas and Edward Moran discovered the work of J. M. W. Turner, and the pioneering English painter’s sublime, light-filled canvases became the largest influence on both brothers’ work. The frequency of marine subjects in Turner’s oeuvre may have also influenced Edward Moran’s interest in harbor scenes, which became his primary focus after moving to New York in 1872. 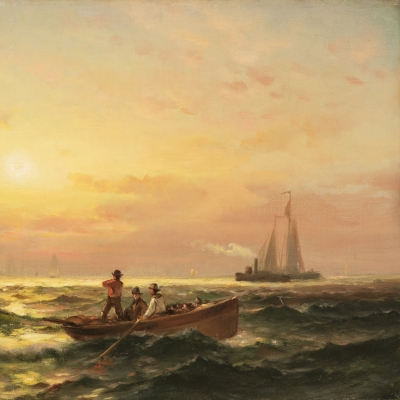 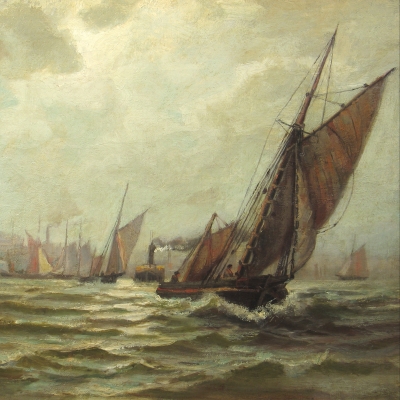