David Johnson, one of the leading second-generation Hudson River School artists, was a native New Yorker. Although he has a reputation for teaching himself to paint, he took classes at the National Academy of Design from 1845 to 1847 and briefly studied with Jasper Francis Cropsey around 1850. He took sketching trips to the Catskill Mountains, Lake George, and the Adirondack Mountains, often in the company of artists such as John Frederick Kensett and John William Casilear. Johnson painted an early series of detailed woodland interiors, and treated panoramic landscapes beginning in the mid-1850s. His style became more distinctive and readily recognizable in a series of placid, carefully described river and lake views executed from the mid-1860s to the early 1870s.

Many Hudson River School artists struggled to find an audience for their paintings in the mid-1870s, after the Panic of 1873 had hobbled the economy and as American taste drifted toward European art. While some artists rejected the new styles and others embraced them wholeheartedly, Johnson gracefully transitioned toward the Barbizon School landscape style. by adopting the innovations best suited to his existing work without sacrificing its fundamental qualities. The overcast light effects favored by the Barbizon School suited his already gray tonal palette, and the general trend toward expressive brushwork enlivened his skies, but he retained detailed brushwork in the landscape forms and continued to base his work on the close observation of nature.

Johnson was a frequent exhibitor at the National Academy of Design and was elected an academician in 1861. He also exhibited the American Art-Union and the Artists’ Fund Society of New York. Johnson was awarded a first place medal at the Centennial Exposition in Philadelphia in 1876, and also won a prize at the Massachusetts Charitable Mechanics Association in Boston in 1878. In addition, he exhibited at the Paris Salon in 1877, showing works that reflect the influence of the French Barbizon painting style that was gaining popularity at the time. Johnson's paintings can be found in many leading private collections and institutions, including The Metropolitan Museum of Art, New York; Cleveland Museum of Art, Phoenix Art Museum, and the Pennsylvania Academy of the Fine Arts, Philadelphia. 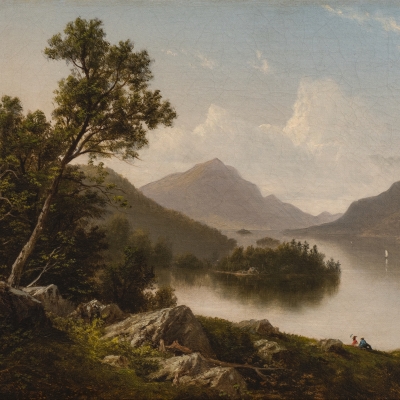 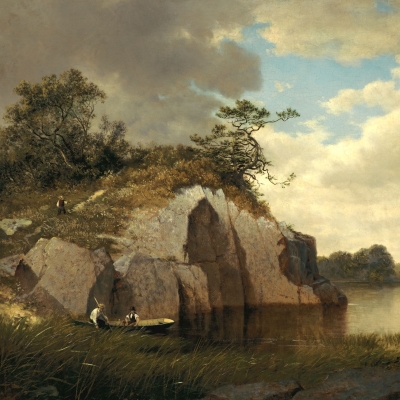