Claude Raguet Hirst was born in Cincinnati, Ohio. From 1874 to 1878 she was enrolled in the Cincinnati School of Design, studying under Thomas Noble. She showed figurative and marine paintings at the Cincinnati Industrial Expositions of 1872 and 1873, and in 1878 moved to New York, where she took private lessons from Agnes Dean Abbatt and George Smillie, and established a studio on East 14th Street. Her first appearance at the National Academy of Design was in 1882, when she submitted two still-life paintings: Gathered Beauties and Pansies. She continued to show her flower paintings, including another one titled Pansies, until 1890, when her subject matter changed to books and pipes, and her medium of choice became watercolor.

The reasons for Hirst’s change in subject are twofold. In the early 1890s she loaned her studio to the landscape painter William C. Fitler, who smoked an old meerschaum pipe and, according to Hirst: “His tobacco things were always around: and one day I noticed what an attractive group they made… I had always liked old books and old engravings, so I put the pipe with some of my old books and painted them.” She and Fitler were married in 1901.

A less romantic, but probably more accurate reason for the new direction in Hirst’s work can be explained by her introduction to the work of still-life painter William Michael Harnett, who returned from Europe in 1886 and settled into a studio near Hirst’s on 14th Street.  Her frequent use of trompe l’oeil devices, not to mention her concentration on man-made objects as opposed to natural ones, reflect the influence of Harnett’s so-called “bachelor still lifes,” consisting of pipes, tobacco, matches, spectacles, and candlesticks.

Hirst had a very successful career as a still-life painter. She continued to exhibit regularly at the National Academy of Design and the Pennsylvania Academy of the Fine Arts, and she was an active exhibiting member of the National Association of Women Artists.  Her work is included in many museum collections, including those of the National Museum of Women in the Arts, Washington, D. C.; Butler Institute of American Art, Youngstown, Ohio; and the Montclair Museum of Art, New Jersey. 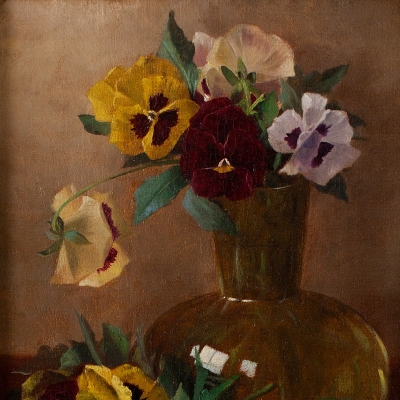 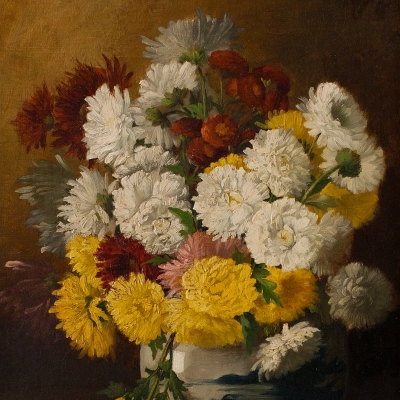