Born in Alsace, on the border between present-day France and Germany, Christian Schussele studied lithography in Strasbourg for two years before becoming a pupil of the history painter Paul Delaroche in Paris. He immigrated to the United States in 1848 and settled in Philadelphia, where he painted American genre and historical scenes. He was influential in the Philadelphia art world in his activities with the Philadelphia Sketch Club and the Artists’ Fund Society. In 1868 he became a professor at the Pennsylvania Academy of the Fine Arts and held the position until his death, when his student Thomas Eakins succeeded him. 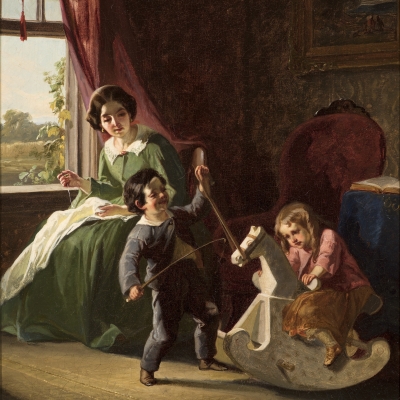