Although C. H. Gifford traveled along the Eastern seaboard from New York to Grand Manan, and even visited England and Scotland, his art is principally concerned with the area near his hometown of Fairhaven, Massachusetts, opposite New Bedford. After serving in the Union Army during the Civil War, he set up a studio in New Bedford and later added a studio tower to his Fairhaven home. His most frequent subject was the substantial fishing and whaling traffic along Buzzards Bay and the nearby islands. 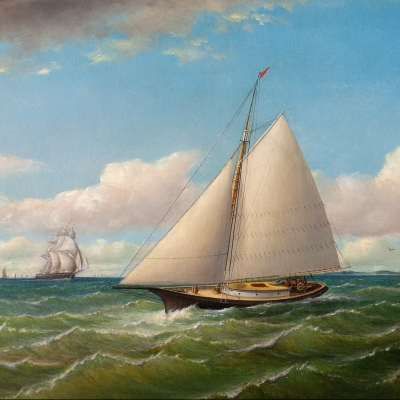