Arthur Meltzer was born and educated in Minneapolis, Minnesota, where he studied at the Minneapolis School of Fine Arts with Robert Koehler. He apprenticed with a stained glass company for six years, then enlisted in the army at the outbreak of World War I. After his discharge, Meltzer attended the Pennsylvania Academy of the Fine Arts under the tutelage of Joseph Pearson and Daniel Garber, and was awarded the Cresson traveling scholarship in 1921. In 1924 Meltzer joined the faculty of the Philadelphia School of Design for Women (now Moore College of Art and Design). There he met his future wife, Paulette van Roekens, also an artist and instructor. 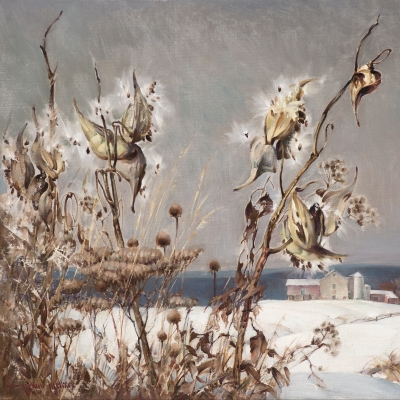