Born in Copenhagen, Denmark, to a violinmaker, Antonio Jacobsen became one of America’s most noted and prolific marine artists.  Although Jacobsen was expected to follow in his father’s footsteps, he decided instead to study art at the Royal Academy in Copenhagen.  In 1871, at the onset of the Franco-Prussian war, he and his family immigrated to the United States and settled in New York City.  Soon after his arrival, Jacobsen began painting the vessels of the Old Dominion Steamship Line, which helped to launch his reputation as a specialist in steamer and schooner portraits.

After 1880, Jacobsen moved to West Hoboken, New Jersey, a thriving port town across the harbor from New York’s busy shipping thoroughfare.  He kept a studio in New York City, married and had three children.  Jacobsen’s reputation was renowned both here and abroad, and he was commissioned by several large English shipping lines to paint their fleets.

Jacobsen’s works are found in most major collections of maritime art, particularly the Peabody Museum in Salem, MA (over 40 works); and the Mariner’s Museum in Newport News, VA (250 works). His paintings are also in the collections of The White House, the Wadsworth Atheneum, Hartford, Connecticut; Butler Institute of American Art, Youngstown, Ohio; and the Smithsonian American Art Museum, Washington, DC. 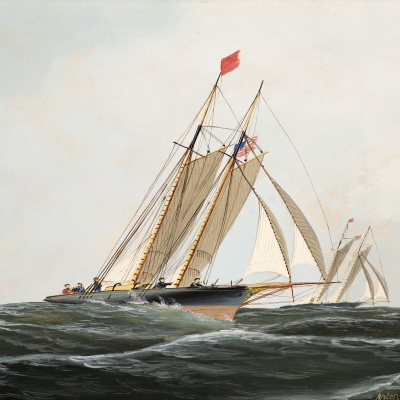 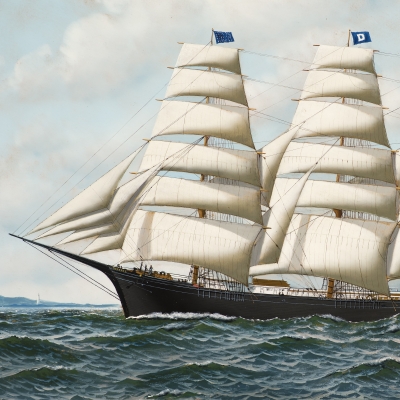