Ammi Phillips was born in Colebrook, Connecticut, in 1788 and set off in 1811 to begin his career as an itinerant portrait painter. His work shows the influence of turn-of-the-century Connecticut portraitists such as Reuben Moulthrop, Nathaniel Wales, and Uriah Brown. Phillips’ art had a number of stylistic phases, beginning with the dreamlike works executed during the 1810s that were formerly attributed to the Border Limner. After around 1817, Phillips alternated between a naturalistic and an abstract style. He traveled widely in New York State, Connecticut, and Massachusetts. 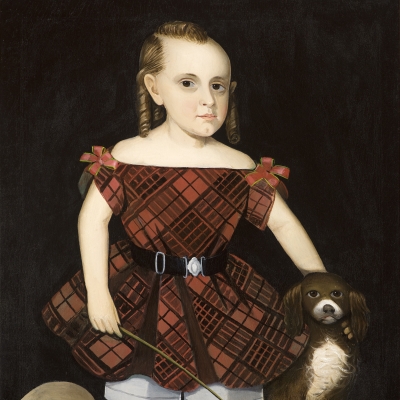 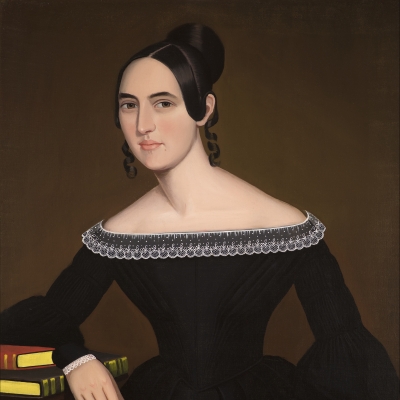